A Response to ‘After-birth abortion: why should the baby live?

The following is a response by David J Pohlmann, Senior Lecturer at Christian Heritage College (I believe in Australia) to the editor of the Journal of Medical Ethics. He is commenting on the horrendous article: “After birth Abortion: Why Should the Baby Live?”, by Alberto Guibilini and Francesca Minerva.

The original article is not surprising given the faulty foundations of abortion theory, the disingenuous mindset of many modern liberal academics, and a fallen mind that claims to not be able to define “personhood.” One wonders what happened in the deep places of the soul to these people to produce such a void of humanity. The authors of the original article are a prime example of what the Holy Bible labels: the seared conscience.

Though I should not be shocked given the disintegrating direction of human evolutionary thought, I nonetheless am appalled. If human beings have finally come to the place that they no longer value life, then we have come to the end of our history.

When I began to read this article published in the Journal of Medical Ethics, I initially thought the authors were writing somewhat tongue-in- cheek. My intrigue turned to dismay when I realized that they were actually arguing that killing newborn babies is morally justifiable. Law would call post-birth abortion murder, infanticide, or possibly euthanasia, but the authors argue that such an act should not be referred to as infanticide, claiming it to be morally equal to abortion; and reject the term euthanasia because they are not necessarily interested in the well-being of the baby concerned. They argue that “the moral status of [a newborn] is comparable with that of a fetus” , hence the use of the term after-birth abortion.

One of the things that the authors have done, in my view, is to draw attention to societal double-standards wherein many (in the 1st world) are happy to use embryos for spare parts, abort fetuses and kill criminals but draw the line at terminating the lives of newborns. But from my vantage point in doing so, the authors simply strengthen the argument against all of these evils rather than justifying their argued position for post-birth abortion. If anything, they draw attention to some of the inept reasons proposed for abortion in the first place. It is ‘a nonsense’ to argue that just because something is societal practice, that those actions are moral. And just because those in the Netherlands have been allowed, by the Groningen Protocol (2002), to euthanize infants in certain situations, doesn’t make this practice something for the rest of the world to emulate.

The authors accept that there are some arguments brought to bear by people who would oppose abortion. They admit that “people with Down’s syndrome, as well as people affected by many other severe disabilities, are often reported to be happy.” , but gloss over this as if it is not important to their argument proposing that some such people should die at birth. While not rejecting the truth of such reports of happiness in life, the authors simply regard this evidence as immaterial to their argument. When the authors state that “It might be maintained that ‘even allowing for the more optimistic assessments of the potential of Down’s syndrome children, this potential cannot be said to be equal to that of a normal child'” , they are allowing tyranny of the bell curve to guide their proposed behavior. After all, the concept of ‘normal’ is a statistical function of central tendency and in itself simply a statement of what is, not a means of proposing what should be. If we retrospectively implemented these kinds of ideas, the world would have been robbed of people like Helen Keller, Andrea Bocelli and Nick Vujicic simply because someone decided they weren’t normal.

It seems to this reader that the foundation of the authors’ thesis is their definition of person-hood. This definition runs something like this: That (1) an individual may only have the status of ‘person’ if they are able to attribute “to [their] own existence some (at least) basic value such that being deprived of this existence represents a loss to [them].” ; therefore (2) a human being is not necessarily a person; and hence (3) some non-human animals may be persons. From this they argue that certain individuals (such as fetuses and new-born babies) are not persons, and hence lack the rights of persons, including the right to live. They also make a dangerous extrapolation in their delineation between potential persons (such as the aforementioned) and actual persons. The authors argue that the moral status of ‘non-persons’ (as persons of value) “depends on the particular value the woman projects on them” when a termination takes place, and argue that a similar projection should be acceptable “…when a newborn becomes a burden to its family.” . The authors assert that “since non-persons have no moral rights to life, there are no reasons for banning after-birth abortions” . Even if one were to take the softer line in calling newborn babies potential persons, they maintain that “the interests of actual people over-ride the interest of merely potential people” . This delineation between potential and actual people or persons and non-persons smacks of the once wide-spread and now largely refuted field of eugenics , of which Nazi Germany was the best known exponent. Do we, as a society, really want to travel back down that road?

Surely value as persons is something that all humans are born with? The UN’s Universal Declaration of Human Rights declares that “All human beings are born free and equal in dignity and rights” . The US declaration of Independence claimed that “all men (sic) are created equal, that they are endowed by their Creator with certain unalienable Rights, that among these are Life, Liberty and the pursuit of Happiness.” Buddhism would teach that “we should abstain from taking a life which we ourselves cannot give and we should not harm other sentient beings.” . Humanism “(a) affirm[s] life rather than [denies] it; (b) seek[s] to elicit the possibilities of life, not flee from them; and (c) endeavor[s] to establish the conditions of a satisfactory life for all, not merely for the few.” From my own Christian perspective, we humans have a responsibility to defend the weak including helpless children, welcoming them into this world, not killing them, because they have been attributed innate worth and value by their creator.

The authors state that “in order for a harm to occur, it is necessary that someone is in the condition of experiencing that harm.” , but they have proposed harm to these children as they purport to stealing their very future, and therefore all future experiences, good and bad, would be dissolved by those doctors, neurologists and psychologists informing the decisions of parents . It puts an enormous burden on the moral or ethical judgements of those, in whose power it is, to ‘abort’ newborn babies. The authors’ thesis calls on such professionals to assume the role of ‘god’ by determining which humans have value and which ones don’t-I personally wouldn’t want that job! If, as Churchill is attested to have said, it is true that ‘you measure the degree of civilisation of a society by how it treats its weakest members’ what kind of society are the authors of this article proposing?

12. The Declaration of Independence, Retrieved 1 March, 2012 from http://www.usconstitution.net/declar.html, para 3 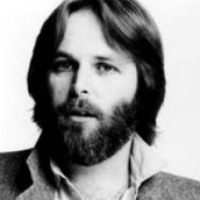 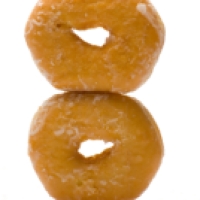